There are ways to protect the burner of the Combi Diesel from soiling and sooting.

In contrast to the Combi Gas, which burns almost residue-free, residues can form and settle on the Combi Diesel during use. This happens mainly in part-load operation.

Part-load operation means a permanently low power level that is mainly used to maintain the temperature.

The reason for the formation of residues is the low combustion chamber temperature that exists in 2kW operation. Unburnt fuel from diesel injection is then deposited as soot particles on the components of the combustion chamber.

The next time the engine is started, this residue burns off. You can see this by the smoke developing on the outside of the chimney. If the Combi D runs only at partial load over a long period of time, coking can occur on the components of the combustion chamber –> the heating system stops working.

This can be compared to the short-distance operation of a diesel car. If the engine does not heat up properly, this is also harmful in the long run.

Just as you drive a diesel car on the motorway to burn out the engine, with the Combi D it is also necessary to keep the combustion chamber active for a longer period.

You can achieve this by setting the hot water heating to Hot/60°C. As soon as you see on the control panel that the temperature has been reached, drain the hot water completely from the boiler. Cold water flows in and the heating system is forced to restart the burner immediately. Repeat this procedure until an hour has passed.

Tip: The water does not have to be poured away. Just collect it, let it cool down and then fill it back into the freshwater tank 😉

If the heater is only needed for a holiday trip of 2 weeks, please carry out the procedure at the end of the holiday. If the heater is used more or less often, simply adjust the interval accordingly.

This is how you can see what the status of the system is or whether an update is pending.

If you have any questions or feedback, please use the comment function.
We look forward to exchanging ideas with you.

We are currently receiving many questions about the consequences of 2G switch-off in Switzerland.

What is 2G and why is it being switched off?

Frequency ranges that are currently still occupied are required for the planned fifth generation of the radio and transmission standard. A replacement in the existing frequency range is therefore much cheaper than a complete new setup.

Why is 2G switched off in Switzerland and 3G in Germany?

Mobile networks are the property of the respective providers. Therefore this decision is up to them. Manufacturers who use 2G in their products have to comply.

Of course, the economy also has a certain influence on this decision. In Germany, for example, a large part of industrial applications rely on the 2G network, as this is the main means of control.

2G is easy to implement, secure, robust and “available everywhere”. This was also the status quo at the time of development of our Truma iNetBox.

Who is now affected by the shutdown and what happens next?

This is not so easy to answer. The Swiss mobile phone providers Salt and SwissCom have already announced a date for switching off the 2G mobile phone standard. There is also information and statements from other European countries regarding the switch-off of 2G. However, these change regularly.

If you have any information for us, please feel free to comment here below the article. We will also update our findings there.

Recently it was confirmed that Sunrise remains an alternative and will provide 2G until at least 2022.

In Germany, 2G will remain. Instead, it was decided to shut down 3G.

This leads to the following restrictions:

If you live in Switzerland or spend your vacations there, you can no longer use the remote control of the Truma iNetBox (if there are no alternative providers available, e.g. via roaming) because the box can no longer dial into the network.

Is there an adapter from 2G to 3G or higher?

Yes, for industrial applications there are now gateway solutions which are used as stand-alone devices to amplify the radio frequency. Unfortunately, this does not make sense technically and economically for the Truma iNetBox. Many companies are currently working on a cloud-based solution for their systems in order to be able to continue to use the service and function of mobile device control.

How is Truma dealing with this situation?

Truma informed its sales partners about the 2G switch-off and its consequences for the iNet Box at the turn of the year 19/20 via print and online channels.

A successor product is also being planned. However, there will be no upgrade of the existing devices.

Leave a comment now to enter into dialogue with us.

Hello campers, do you have questions about Truma iNetBox? Just use the comment function. We will be happy to answer them.

The Power LED is permanently turned “green”. The GSM LED flashes “red”. Is that ok?

A: Everything is fine! -> As long as you have not yet completed the GSM setup, the red LED will continue to flash. If you have completed the setup, it will go out.

The box is permanently supplied with 12V, even if the main switch is set to “Off”. How can the box be switched off?

A: It is not intended to switch off the box, otherwise you will not be able to use the remote control. In case of a main switch you can connect the box to the corresponding circuit.

Do I need the box, even if I don’t have an app installed?

A: Box and APP are inseparably connected. Without an app you cannot use a box. You can also use the app on its own, the range of functions is accordingly smaller.

There is a new update for Box and App available? How do I find out which one I have and what is up to date?

A: Start the Truma App and go to “Settings\Truma iNet Box Update”, there you will find all information below the “START UPDATE” button.

Since the iOS13 release, connection problems between iPhone/iPad and the Truma iNet Box occur. In the meantime, we have been able to identify two different issues – but have not yet been able to solve the problems, even in cooperation with Apple support.

Here you can find a detailed error description and technical information about the causes of the problems. As soon as we have new findings, we will keep you up to date in the Truma service blog and in the App News.

Have you had experiences that you would like to share with other users and us? Then use the comment function in our service blog! We look forward to exchanging ideas with you.

END_OF_DOCUMENT_TOKEN_TO_BE_REPLACED

Winter camping has its own special charm when it’s icy outside and snug and warm inside. But what if the heater breaks down? That would soon put an end to any holiday plans. But Truma makes sure that doesn’t happen. From 21 to 31 Dec. 2019 Truma service technicians will be on hand at six winter camp sites in Germany, Austria and Italy. Truma Service has a long tradition of being available over Christmas and New Year. “Our heating systems are very reliable,” says Service Manager Michael Suckart. “But just in case, our Service professionals are on hand so that our customers can enjoy carefree holidays.” As well as repairing appliances, the Truma experts give advice and answer questions about all our products.

END_OF_DOCUMENT_TOKEN_TO_BE_REPLACED

The fault code 507, 516 or 517 flashes because the heater is still in a 15-minute blocking time. This was possibly caused by the heater control panel being switched off or because the heater’s 12-Volt supply was interrupted. The heater is also blocked for 15 minutes if the displayed fault is deleted four times without the gas supply being restored. 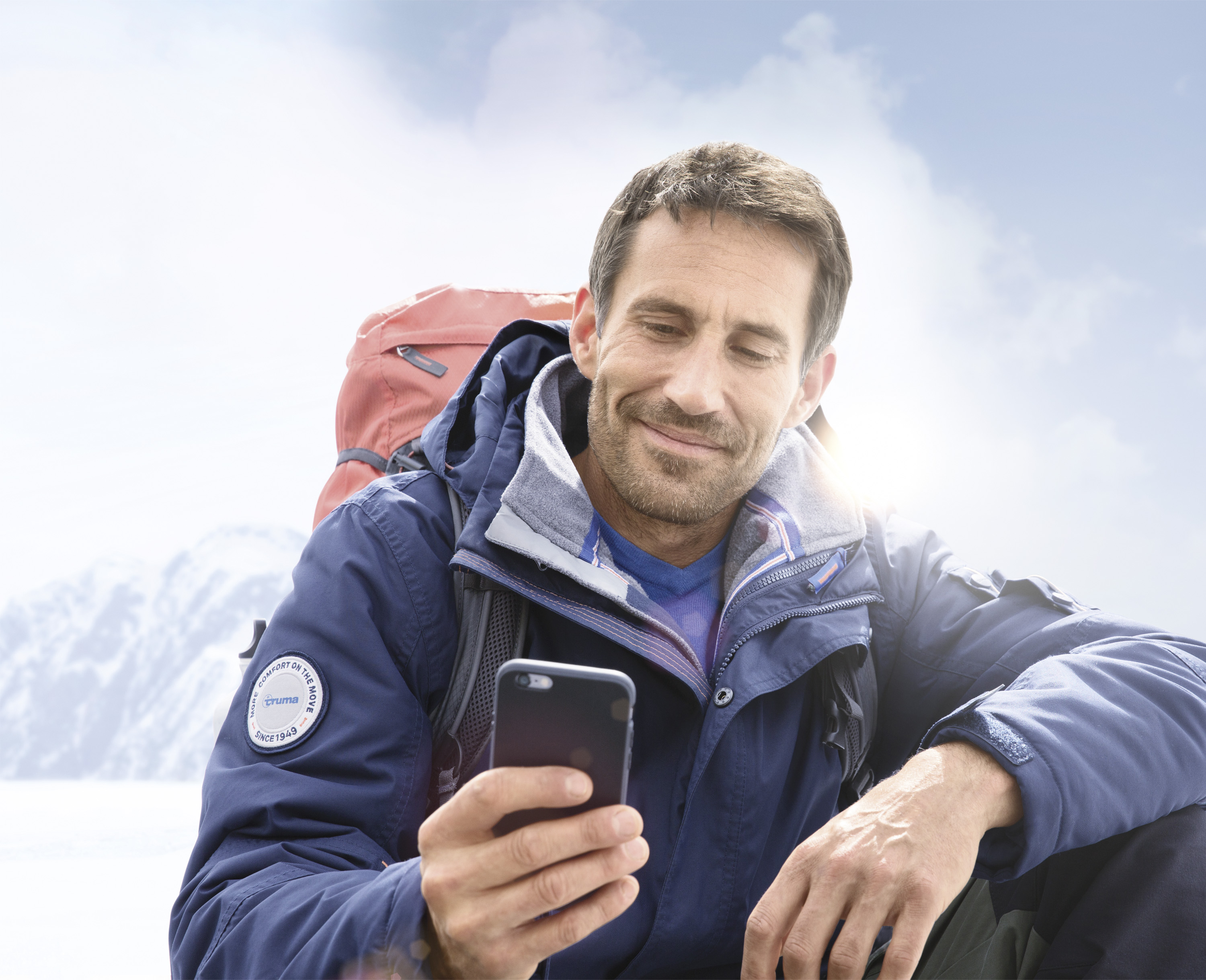 If the worst comes to the worst, we’ll be there for you

“Truma Service is where our customers need us – even on bank holidays”, says Service Manager Michael Suckart. Once again, Truma Service technicians will be available at six camp sites in Germany, Austria and Italy from 23 to 31 December 2017. They will service surrounding camp sites from these six locations. “Our products are very reliable and durable, but there may be the occasional problem. If the heating breaks down, your holiday is ruined. This is why Truma Service has been offering assistance over the Christmas and New Year period for many years. Our service technicians are on call at the most important winter camp sites to provide assistance if necessary. In this way, we make sure that our customers can enjoy carefree holidays.” The Truma experts not only repair appliances, they also answer questions and provide advice about all our products:

Winter service also in Switzerland
An emergency service is also available in the Swiss Alpine regions from 24 to 31 December 2017. Winter campers can contact the Truma Service Partners directly or the Truma importer Selzam AG.